Talk with DOREA: The Mediterranean jewel 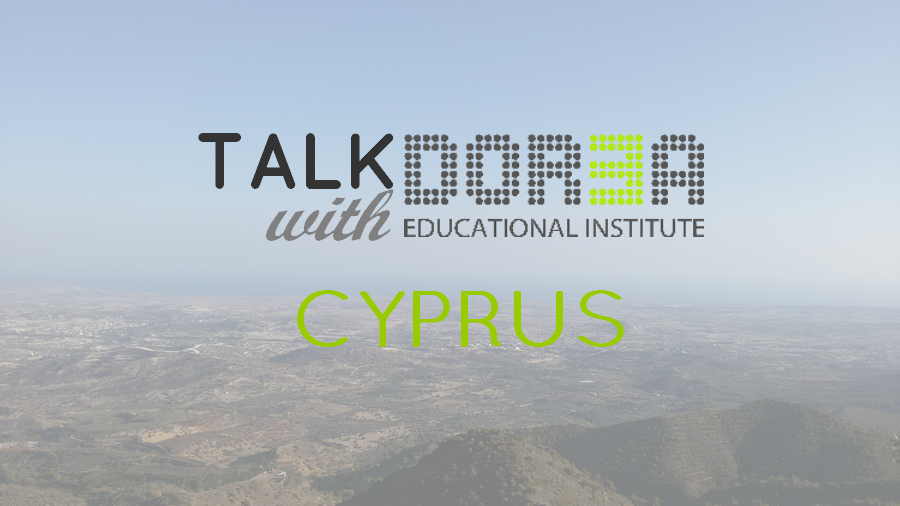 The island of beauty, peace, and opportunities

Cyprus – a small island in the east part of the Mediterranean Sea with the length of around 240 km and the width of 100 km hides history, variety of cultures, spectacular natural beauties, and exciting moments of life. Although this polarised state is located closer to Turkey than to Greece, the majority of the population declares itself as Greek Cypriots as their language and culture have Greek roots. 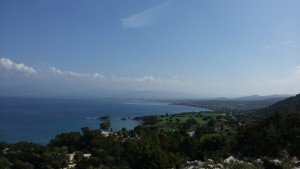 Beside the size of the island the richness of natural beauties is inexplicable; the multiplicity in beaches, plants, hills and mountains offers great destinations for every kind of visitors. The top of the Mount Olympos in Troodos Mountains almost reaches the 2000 m and it is mostly covered by snow during the winter period, while downward slopes perfectly serve the needs of vineyards in autumn; the diverse flora and fauna amaze the lovers of nature during the spring, while summer time promise relaxing beaches with white sands or giant cliffs landing into the blue water.

The weather accurately reflects the Mediterranean climate with the hot summer and mild winter. Generally the warm temperature lasts about 8 months, during the summer period the heath reaches around 30-35 Celsius degree, while in wintertime 15-20 Celsius degree is the normal temperature at daytime. However, from April till October there is an extremely small amount of rain which can cause problem for water resource management. The government is ready to make necessary measures and the mineral water is always supplied in the shops. It is advised to always have a sun cream as the sun is strongly affects the skin of tourists who are not used to this climate. 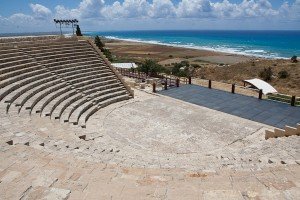 Not only the natural endowment of the island is various, but the mixture of cultures shows an interesting phenomenon due to the historical background. The island started to be inhabited in 7th millennium BC giving residence for Phoenicians, Assyrians, Egyptians, Persians, Hellenes, Romans, Byzantines, Turkish, British. The form of the polarized island was established in 1960, but after re-emerged conflicts the UN send peacekeeping units in 1964. This led to calm situation which is surrounding the country nowadays. Due to the UN buffer zone between the northern Turkish part and the southern Greek Cypriot part the borders have recently been opened allowing free movement between the two sides. 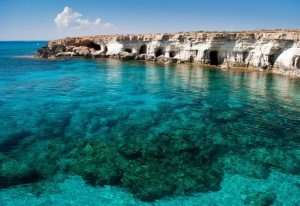 Cyprus gives us a wonderful option for a mental travel into the ancient Greek mythology. The island is known as place of Aphrodite; the famous Italian painter Botticelli has immortalized the first moments in life of the Goddess of Love in his painting which now can be found in the Florence, Italy. Homer mentioned the beautiful island of Cyprus in his Odyssey as well. Instead of museums and books, we have the possibility to get the first hand experience if we visit the worthily famous Pétra tou Romíou (the birthplace of Aphrodite), the legendary Bath of Aphrodite close to Polis, the archaeological site of Kourion, or the Pyrgos tis Rigainas – the Castel of Regina with the Queen’s Tower. Several other historical churches and monasteries offer a pleasant relaxing place with their marvellous views, architecture, or mosaics as the Church of Panayia tis Asinou which is the part of the UNESCO Heritage, the Machairas Monastery, or the Panagia Angeloktisti church with its golden mosaics.

The natural trails with waterfalls on the Akamas peninsula satisfy the needs of trekkers – e.g. the Millomeri Waterfalls or the Caledonia Falls — or the so called Avakas Gorge which promise to capture wonderful photos. On the other hand, for those who prefer to visit cities, Limassol, Larnaca, Pafos or Nicosia show a vivid lifestyle especially during the evening, or smaller villages with cosy streets can evoke pleasant memories. Beaches always provide a good entertainment for all ages. Coffeehouses, restaurants, shops, malls are waiting for visitors to relax; if someone would like to taste fruits and vegetable of local producers, on the markets they sell great variety of products with bargaining possibilities. 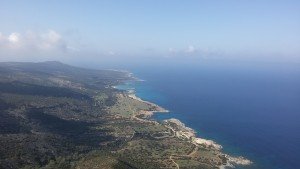 The majority of the population speaks English; therefore, it is easy to ask for directions if it is needed. The public safety is excellent, there is no need to fear of anything; however, having insurance is always recommended before every travel. In 2008 Cyprus joined to the Euro zone, so the official currency is Euro. There are a lot of places where you can rent cars as the public transportation is not the best organized on the island. It is important to know that based on the local traffic regulations Cypriots use left-hand traffic. In generally the emergency call number is 112 and the country code is +357.

Prepared and edited by Flóra Fierpasz