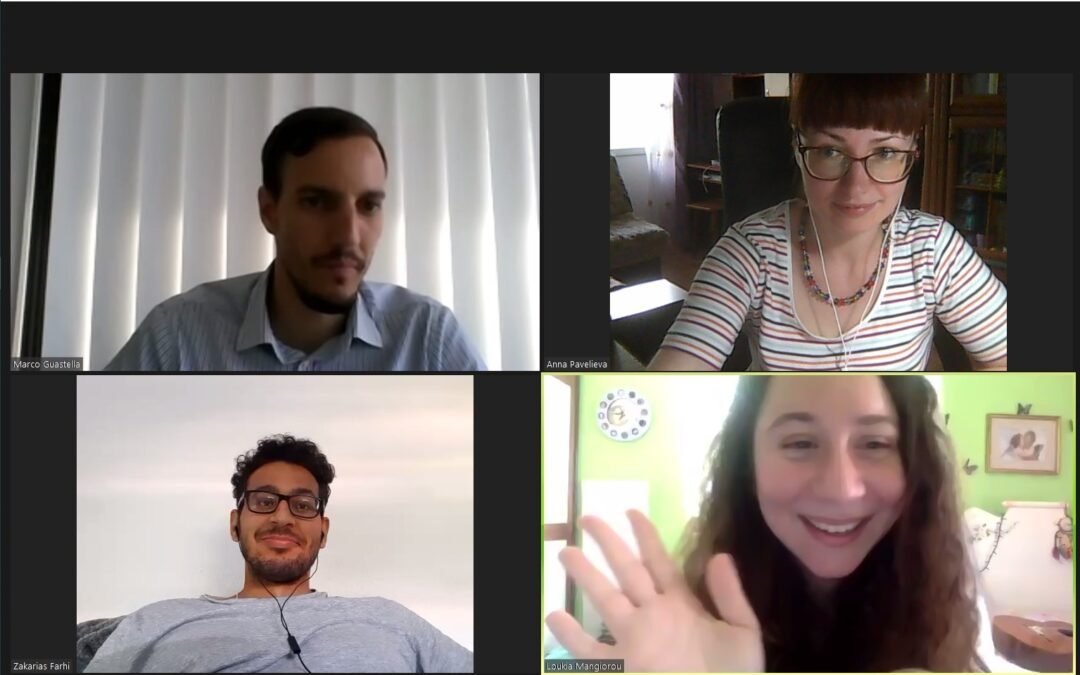 Ancient Greece there was a man named Demosthenes who had a speech impediment, as he had the inability to pronounce the ‘r’ sound. In order to get his case across, he dedicated a substantial amount to improve his speech. He went even as far as putting rock pebbles in his mouth to get the right articulation. Through all his efforts, he is still known as one of the most famous orators in Ancient Greece. This is how Chrisie Doluay made her introduction to the ‘Speak up!’ training course, designed to encourage public speaking and advocacy skills amongst youth workers. The training course took place online in June 2021, various nationalities and professions partook in this course.

The training course itself was a part of Erasmus+ KA1 “‘Speak up, we are listening!’ aiming to empower youth workers and youth to present and raise awareness on contemporary hot issues, encourage dialogue and acceptance through improvement of public speaking skills and advocacy tools. You can check out the guidelines released after the training course here.

To advocate for oneself or to raise awareness for critical issues, one must be able to present themselves in a comprehensible manner in order to get their message across. More than often this is considered a barrier for many as they lack public speaking skills. Public speaking can be defined as speaking face to face to a live audience, the main traditional purposes of this act are the act to inform, to persuade and to entertain. However, as easy as it sounds, knowing when and how to use it effectively is imperative and often considered a challenge. The barriers that inhibit us to effectively speak in public are for example: the fear of being judged, making a mistake, forgetting what to say, freezing, and much more.  In the ‘Speak up, we are listening’ course trainers aim to give participants a sense of direction in terms of these fears. One of the elements they worked on, was how to appear confident and convincing when speaking in public. Throughout several do’s and don’ts this course will further augment one’s understanding of what is often considered the pitfalls of public speaking and what is otherwise considered an advantage.

Over the course of this training, several tasks were given to further reuse the knowledge received by the participants as well as adequate amount of feedback in order to progress. Throughout the course, the participants raised awareness about the significance of public speaking amongst the youth as well as being able to provide the knowledge they have acquired in a clear and concise way. Showing how public speaking and the tools regarding advocacy can help to boost the organisation’s reputation and image as well as to attract supporters to one’s causes was augmented as a goal of this course.

The main aim overall throughout the course pertained to the audience of youth workers, as they are often involved with a variety of audiences and especially the youth. Throughout this project, the youth workers learned how to advocate for the young and encourage them to speak for themselves as well as increase their public speaking skills based on the information received from this course. This will encourage both youth workers and youth to advocate for their cause and get their message across effectively and further to ensure empowerment.

The Erasmus+ “Speak up, we are listening!” project funded by the European Commission, was initially designed to be organised face-to-face, however, due to the covid-19 pandemic it was implemented online. Besides all the barriers pertaining to the struggle such as connectivity issues, muted microphones, etc.,  The participants found a way to connect with each other. Throughout the course, the participants challenged their inner Demosthenes and tried to fully embrace their orator alter ego’s and completed the course successfully.