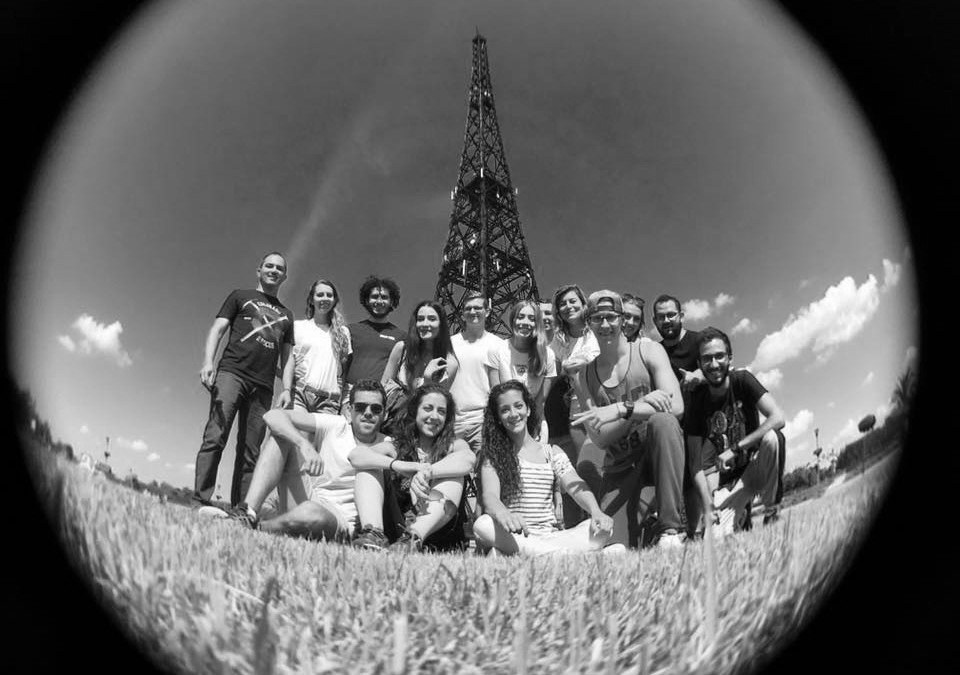 Erasmus KA1 “Great team needs a great coach” is a project in the field of youth, which took place in Gliwice (Poland). Dorea Educational Institute (Cyprus) represented by Konstantinos Aristotelous and Gediminas Paulauskas. The project was related to leadership, teamwork and coaching. How to better understand people skills, feelings and how to make them to improve themselves. Also, through games and free time after official programme you can discover participants personalities, increase their potential and get to know how we can collaborate in the future. Not all of the people show who they really are in their jobs, but through simple daily things you can understand them better. This project invited participants from Poland, Armenia, Spain, Bulgaria, Hungary, Italy, Portugal and Cyprus to Silesia. It is a region of Central Europe now located mostly in Poland, with small parts in the Czech Republic, Slovakia and Germany. It has about 40,000 km2 (15,444 sq m) and almost 8,000,000 inhabitants. Silesia is located along the Odra river. It consists of Lower Silesia and Upper Silesia. The project took place in 3 cities: Gliwice, Katowice and Wisla. Therefore, participants had possibility to know each other better on the road and to become stronger team. 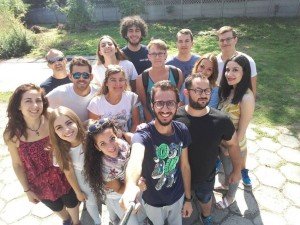 Experience of DOREA youth workers during training course in Poland

From 15th to 22nd of August 2016 we had a lot of activities which we will mention in the following parts of this article and it will show how we reached the main project goals which is to improve the core competencies of participants in the field of youth work and the creation of tools for professionals working with young people, not just representatives of the organizations participating in the project but also people from other organizations, for implementing coaching culture in organizations and coaching approach to youth.

Let’s go day by day and discover this project again through Konstantinos and Gediminas eyes. 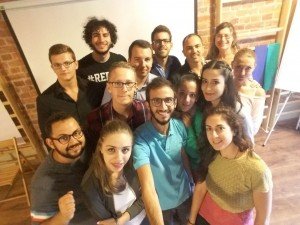 We had a really strong introduction of the project, what it is about, what the rules are, what will we do and so on. We met different kind of people from different cultures and we played games which let us know each other. Then all together as a team we prepared the schedule witch included project activities. This exercise gave us stronger motivation to follow all schedule and look forward for coming days. As it will become a tradition we had cultural evening/dinner and had opportunity to show our cuisine, to share our traditional goodies and learn new traditional dance moves or so.

We visited Gliwice city center and we walked around to learn how to get breakfast by ourselves and be on time, which was really important when learning to follow a schedule. As a team we encouraged every single person to take responsibility and wake the rest of the team, so all of us would be on time. That was also great in getting to know each of us from early morning habits as we started working as a team since the morning and it was easier to adapt all together to the following activities. After that, we had some more activities to meet each other better and later we were prepared to go to the park to play a really strong and focused game called “who am I?”.

We were doing activity in the park for an hour and our task was to think about ourselves. For every positive or negative thought we should note it with a dot instead of writing it on the paper. So, at the end, the paper was filled with dots only. As you can see in the pictures from both of our creations. 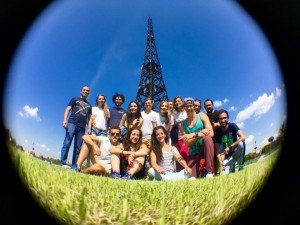 At the end of this game all together we realized that we are different persons with different thinking and each of us uses their brains in different ways. It is beneficial to get to know each of our similarities and differences that make team really work and identify the roles among each other.

For this day the task was to go in a huge park, which was again great to change environment, to be inspired, concentrated on the task. Here we needed to think about our skills and just walk around. Also we needed to decide which skill is the best and write it down. After that, as a team we sat together and discussed about our best skill, how can I identify as the strongest part of me. At the end of this exercise we did yoga to get more energy. It was refreshing. 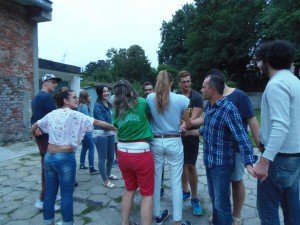 Then it came time for actual teamwork. We went back to our office in which we separated in three groups: Adaptability/Creativity, Communication, Open-minded. There was lot’s of debates, discussion, as we had to identify each of us to which team/category we fit 100 percent. All of participants were really passionate as this discussion went for few hours. And finally as united we made it: each of us belonged to specific team that really suited the most. Later all teams prepared games for rest of us to learn how to use your brain in different ways and how to identify exact skill: adaptability/creativity, communication and open-minded. This afternoon was one of the most inspiring and surprising with the results and gave us great inspiration for all of us.

It seemed that the project is coming very close to the end as we are already in the middle of it. This day we visited Radio tower which is called “Radiostacja” in Gliwice. It is an amazing big wooden tower with a beautiful area around it. There, all of the groups showed their prepared activities to others to feel and understand the goals. 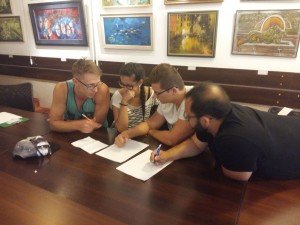 First group “Adaptability/Creativity” prepared two games. The first one showed how to work as a team, adapt and to survive all together in a small area, do not fall and stay together. The second game showed how to improve creativity and work all together as a team, to implement exercise and do not give up because every step taken forward was harder than the last. The team couldn’t make it without using creativity, adaptability and thinking out of the box. During the games they were not allowed to speak, that was one of the rules, which makes games harder and more fun as well.

Second group “Open-minded” prepared one game, which is called “debate”. They separated participants into two groups: the ones that were against homosexuals adopting children and others not. Then who were against they needed to argument opposite and for other group was the same. It wasn’t easy, because all the participants needed to be open-minded and think in a different way against their opinion that was on the first place. It is also like putting yourself in others shoes.

Third group “Communication” prepared two games: one is called “broken telephone”. In this game the first person in the line or circle whispers a word or phrase into the ear to the person sitting or standing to their right. Players whisper the phrase to their neighbors until it reaches the last player in the line. The last player says the word or phrase out loud so everyone can hear how much it has changed from the first whisper at the beginning of the circle or line. This game showed how important it is to send message and let the receiver understand it correctly. The second game does not have a name, but participants were divided in two groups. Each of the groups had to express feelings in dots (love, leadership, loneliness, order, fight and running away) to see how groups expressed in dots differently, how each of it can understand differently. Third group’s games were also held in different locations. We had opportunity to explore different environments. One of the places was in a gallery of photography and it was quiet and beautiful place to focus for the last game of the last group. 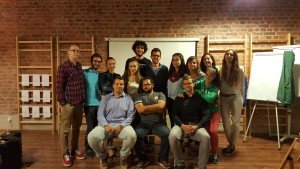 We had a big conversation and evaluation of personal skills, team working in the groups. We realized where our mistakes were, what we could improve in the future in regards to team work and what would be the main thing to focus. Summary of our achievements throughout our previous days structured our thoughts and put dots on our lists. After that, we went to Katowice with a guide to explore the city. So we could say that ending of the week was relaxing. 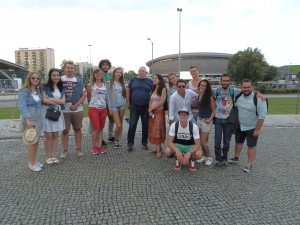 It was a day before the end of the project. Really did not wanted to leave this group. 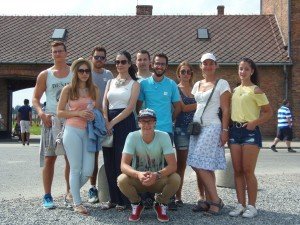 We had a free day and we chose altogether to visit Auschwitz. All of us we had the same emotions: it was the first time in our lives that we got really emotional and sad at the same time for one particular place. We could say that it’s a place which you can visit only once, especially when guide had this talent to transfer the real emotions from the past times when this places was full of stories and touch you from the bottom. While you are standing there even on the tracks of trains you can realize or just imagine how many people travelled there for food, water and shower and in the end what they really found was a real death and tortures. Walking around it, you can see terrible beds; actually there were no beds, just wooden boards to sleep on, shabby rooms without the necessary windows; for the people to take fresh air and light. Then, you can see women cut hairs furled like rags, old shoes and cloths and, kitchenware which were never used. Moreover, you can take a look of the photos of the people who worked there and you can realize that the maximum that the person could stay alive was from one to six months. Most of them died after one or two months. At the end of this tour everybody was really touched and sad so we returned back to our dormitory without speaking. Together we experienced something really strong. We were united also by similar feelings and understood each other without even speaking. 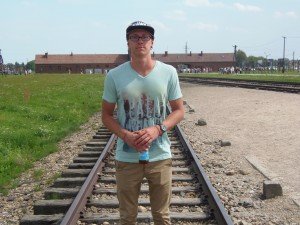 So it was the last day of our project and everybody wanted to cry. Not because of day before. We became closer than ever before and it looked like we knew each other for more than 2 years. We can definitely say that this project was successful as we managed to work and be creative as a big one united team but simultaneously we worked in small groups and each one of us felt like a leader of its team as well. Everybody discovered that they can offer something more to their teams and to the crowd when they feel comfortable. We evaluated the project with very positive feedback even time to time we had some challenges. Then, we had to evaluate our colleagues: put the evaluation secretly in a letter box, which each of us could take for later reading when we come back to our home countries. Last but not least, Mr. Petros – the man who inspired, motivated us, guided and filled our activities with fun – invited each of participants to present our organisations for future possible collaboration, share contacts. It was great opportunity to strengthen our networking. 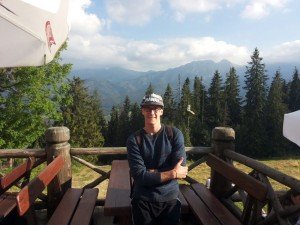 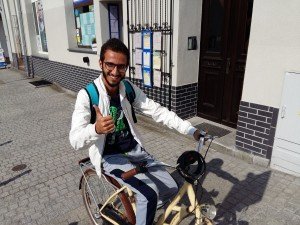 Thank you “Dorea Educational Institute” for the opportunity to participate in this project! Thank you for all of the participants for crasy, inspiring, fun moments and organizers of this training course for building our team, showing wonderful Poland and for the opportunity to grow! We got a lot of new experience, feelings, emotions, understanding and passion to keep moving forward, to explore, to improve and develop and to inspire others on being part of the team.

For more information about the project you can go here.