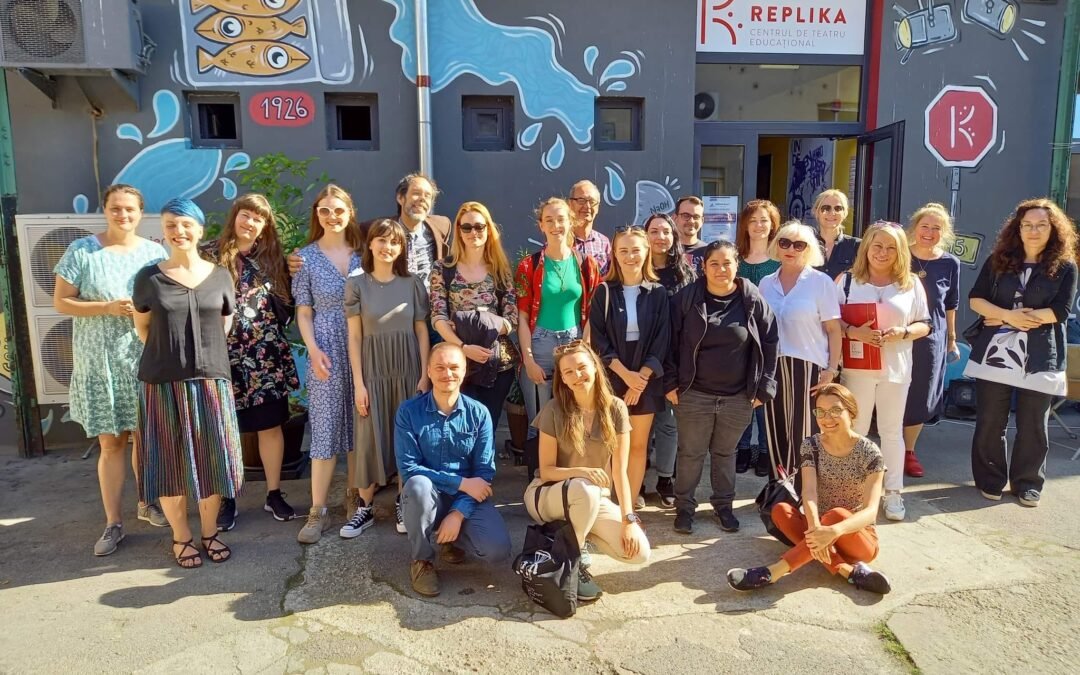 Have you ever wondered if people with hearing and visual impairments can go to see a play at the theatre? As movies and tv-shows are becoming more accessible due to the improvement in the subtitling and closed captions department, theatre is still a live performance and not something pre-recorded you can edit. Is it possible to add subtitles to someone speaking live? These questions are mostly overlooked since most of the theatre’s audience is sighted and able to hear. Can blind and deaf people experience live theatre? The answer is simple: yes. However, this sparked a new curiosity in me – how? 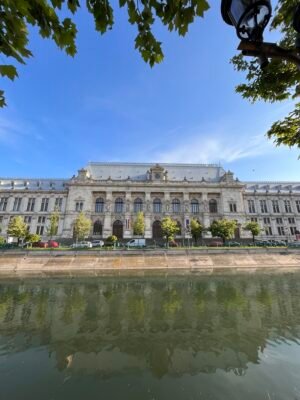 As the second part of the audio description and subtitles training programme began, DOREA’s five participants made their way to yet another country. This time around, the destination was Romania, Bucharest. Pleasantly surprised, we arrived in a much warmer climate than expected. With around 30 degrees heat, we made our way through Bucharest’s large and lively streets. When we reached the training location, Replika Center, we were met by familiar faces from the previous training in Riga. Radu Apostol, our trainer, a theatre director and co-founder of Replika Center, was there to guide us through the history of this building. It turned out that the colourful wall art was not a coincidence. Back in the day, in 1926, to be precise, the building was used as a fish factory. However, the factory started brewing drinks instead when the fish business didn’t work out. The blue water splashes illustrate a flooding accident that destroyed most of the building, but luckily not all of it. After the drinks, they switched to producing balloons, Radu explained to us, indicating how rich of a history this location has.

After an introduction to sensory theatre, Carla Mihai and Cătălina Corbu, who are both enrolled in a master’s program in Theatre Pedagogy, taught us a few of their theatre warm-up exercises. We were running around greeting each other, jumping on command, practising public speaking, and mirroring one another. On our second day, the practical exercises continued and we all got to experience a sensory exercise. One by one, we were blindfolded and led by Alexandru-Cristian Lăzărescu, a master student assisting the trainers, through a path of various textures, sounds, tastes and smells to help us use other senses than our sight. The route took about five minutes to walk and led us through sensations such as the feeling of a light breeze of wind and water, tasting strawberry jam, touching ice, hearing the sound of a bell ringing, walking barefoot on leaves and smelling essential oils. It was particularly eye-opening to experience this blindfolded, as it allowed us all to get a sense of how visually impaired people might experience these sensations. Loud noises were startling and scary when you couldn’t see where they came from or what made the noise. Tasting spices and jam was odd, as I am used to seeing what I eat before actually putting it into my mouth. And such a simple thing as walking that I take for granted in my everyday life was incredibly daunting to do blindfolded.

These sensorial and practical exercises were combined with lectures from various professionals in the area of visual and hearing impairments. We got to listen to the actress and co-founder of Basca Theater, Ana-Maria Ursu when she explained her theatre’s project “Theatre Accessible for Everyone”. She works towards a more inclusive environment in the theatre by collaborating with sign-language and audio description professionals. Our second trainer, Mircea Bucur, taught us how he founded The Travelling Book company back in 1996 to make information, education and culture accessible to visually impaired people in Rumania. ”The only light you can give to a blind person is that of knowledge,” he said to us, letting out a small laugh. Mircea is blind himself and has been since he was 20 years old. Lastly, we got to hear from Mihaela Michailov, an internationally acclaimed playwright, theatre critic, and co-founder of Replika Center. She taught us about the Play On What You See cultural intervention, where school authorities decided to permanently collaborate with Replika Center and promote the activities to engage teachers and children in alternative ways of education. She explained that theatre is a powerful and beneficial tool that should be used in education, as it improves children’s emotional intelligence. 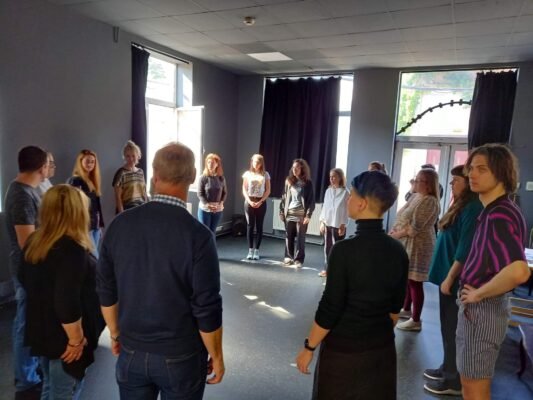 I attended the training with four other girls, of which Sophie and Maria were both implying how fascinated they were by the creative nature of the activities compared to the movement in Riga that was focused more on theory.

“I did not expect the training to be this practical, so that was a nice surprise. I truly enjoyed getting to stage a short performance in the theatre,” Sophie said. She continued to explain how the exercise about staging a segment of a play where the audience was blindfolded helped her gain a deeper understanding of ways to make theatre more accessible.

“It’s not as hard as you would think” Sophie continued, meaning that the lack of accessibility is mainly due to poor knowledge and not the lack of resources. The tools are out there – you just have to be open to including them in your play.

“Although I have no previous knowledge on the subject, I was impressed by everything I learned, which I consider interesting knowledge for everyone, regardless of career,” Maria told me. Even though Maria is not working in the theatre field, she found the techniques used to make performances accessible and watchable for the visually impaired interesting and useful.

This was the third part of the Erasmus+ KA2 training course, “Audio description and subtitles against exclusion”. The fourth and final part of the training will take place in Limassol, Cyprus, in June and will focus on subtitling for films for the hearing impaired, theatre performances and television programs.