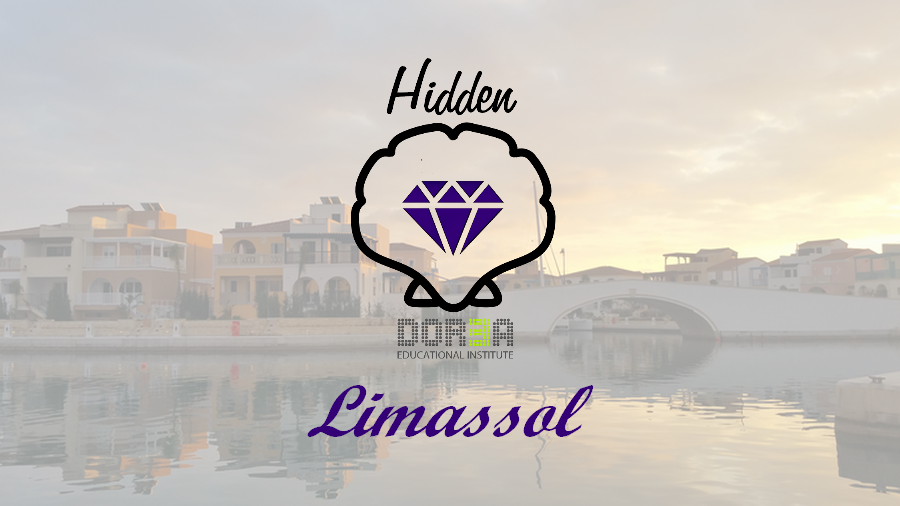 Mesmerising city by the coast

Limassol is the second largest city of Cyprus with a population of approximately 180,000. It is one of six districts and covers an area of 34.87 square kilometres. Limassol has been ranked by TripAdvisor as the 3rd up-and-coming destination in the world, in its Top 10 Traveler’s Choice Destinations on the Rise. The city is also ranked 87th worldwide in Mercer’s Quality of Living Survey (2015). Click here for more information about Limassol.

Places to visit in Limassol 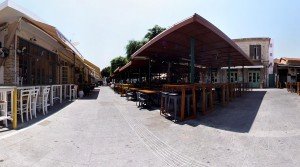 All roads lead to Rome. No, sorry, here in Cyprus we should say all roads lead to Saripolou. In Limassol, Saripolou Square deserves to be called as one of the main squares as it is the most vivid spot of the city. Locals consider it as the heart of Limassol and the reason is pretty simple – this square leads to key areas such as the Castle, the Cyprus University of Technology, the Municipal Market and the Catholic’s church area. Nowadays it is fully packed with restaurants, cafeterias, entertainment facilities and of course people.The cacophony of different type of music gives an unforgettable experience to every generation. Choose wisely and visit this location during the night! 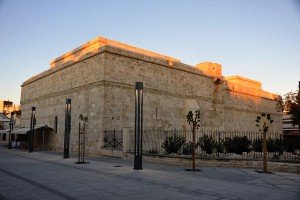 Limassol Castle, situated in the centre of the town near the old port, is the objective definitely worth to visit!

The Limassol Castle is one of the town’s most popular attractions because according to a legend the castle stands on the site where Richard the Lionheart, the Kind of England, landed near Amathus on his way to the Holy land, married Berengaria of Navarre and crowned her Queen of England in the castle’s chapel.

It is believed that the castle was built in the 13th century. According to archaeological sources, the castle was much larger with many modifications, so that it could be used in a defence form from sea-pirates. Until 1950 the cells in the basement were used as a prison. Now the Cyprus Medieval Museum is housed there. It contains exhibits dated from 4th to 19th centuries such as gold, silver and bronze objects. The most famous exhibits there are “David” plates from the 7th century, a collection of ancient coins, scissors, keys, jewellery, mediaeval pottery from Italy, Islamic artworks, weapons, tombstones and much more.

If you have a few free hours it is definitely worth visiting the Zoo in Limassol which has been operating for more than 50 years now. By combining the educational utility of a zoo with the emotional relationship with nature we get the perfect afternoon activity, especially in sunny weather. Furthermore, charity work is highlighted by the zoo, as they brought animals from circuses, other zoos, or accepted them as donations.There are mainly monkeys, meerkats, mouflons, deer, peacocks, vultures, emu, falcons, owls, macaws, pelicans, swans, flamingos, ducks, sheep, goats and turtles. 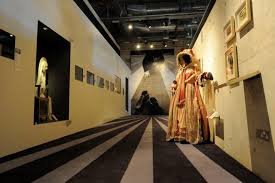 Have you ever wondered about what is happening behind the curtains of a theatre? All the performances with every little detail are the result of hard work and cooperation of many talented people. Cyprus Theater Museum offers you the possibility of a visual tour around the theatres on the island. The main idea was born in 1987 when Nikos Nikolaides – who was an optician by his profession and was keen on theatres as an amateur actor –donated to the Limassol Municipality that laid down the foundation for such a museum. Not long ago the Municipality together withCyprus Theatre Organisation established the today’s Cyprus Theater Museum. By collecting wonderful costumes, scale props and costume designs they preserved the history and culture of the island as well. Photographs, scale models, sketches, costumes, posters, audio-visual material and exhibits which focus on the basic stages of a theatre production help you to go through a journey how playwrights, directors, actors, set and costume designers, composers, lighting designers, choreographers, technicians collaborated together to a production of a theatre performance. After this exhibition, you will be able to enjoy any kind of play in the theatre. 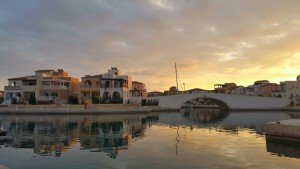 Every country has his business card and for Limassol, the card is Limassol Marina. Limassol Marina is considered to be one of the most significant and expensive marinas in the Mediterranean area, thus the place is called the most attractive and outstanding project in Europe for a reason.

Limassol Marina extends to 40.000 square metres and includes 285 residential units, each of them having a stunning sea and marina views. It combines elegant residences with a dash of restaurants and shops, to create a unique lifestyle.The place offers a variety of restaurant, bars and cafes, such as the Mediterranean restaurant, Fish taverna, Steakhouse, Caffe Nero, Cafe Calma, The Yach Club and much more. 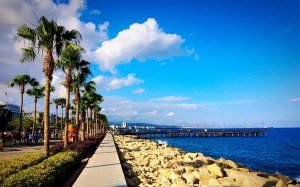 Locals say that while living long years in Limassol they have seen how all the city improvements and new developments were happening. They say that one of the best improvements is the Promenade area, sometimes called Molos.

Limassol Promenade starts at the Old Port and finishes at Le Meridien. The place is right in the centre of the city, near the Castle and Limassol Marina.

Molos is a lovely place with paved paths, green grass, decks and palm trees. The place is always full of fisherman or children playing in the playground, mini parks or elderly people sitting by the water fountains. For those who are more active, there is a possibility to rent a bike and use outdoor exercise machines. 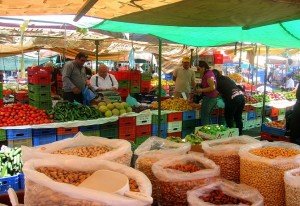 For food lovers and bargainers, it is a must to visit the Farmers’ Market in Limassol which is located in a street called Panagioti Diomidous. From the old Limassol Hospital, you should go straight on the Archiepiskopou Leontiou A and then turn left. The market is open every Saturday. It is highly recommended to go there early in the morning, marketers start to sell their local products from 5 am, but at 11 am you can still find a great selection of goods. As it is a food market mainly fresh local produce such as fruit, vegetables, cheese, bread, olives are offered there. This market gives a hint of Cypriots lifestyle as locals create the bustle of the crowd. Finding a parking place can be challenging and don’t forget to take cash with you as no one takes payment by card.