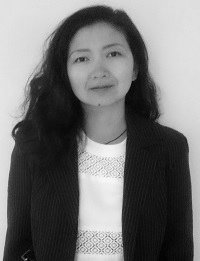 Yuki has been a language trainer for many years. She first received a TEFL training and certification in her native country Indonesia in 1992, when she was a student of Japanese Studies at Padjadjaran University.  Yuki worked as an English teacher at various branches of Yayasan LIA, a leading English Language Institution in Indonesia. She also worked at Institut Musik Daya Indonesia as an English lecturer. In Japan, during her further studies of Japanese Language, she worked at two English schools in Shizuoka: Small World and Kids Station. Upon returning to Indonesia she worked in various industries, but at the same time never left the training world – she carried on being involved in different aspects of language training – teaching, tutor training and developing materials. She is also a translator and interpreter; among her clients are NHK, ABC, UNICEF, the British Embassy in Indonesia. Yuki has lived in Australia and Japan, and for the last 8 years, she has been living in Ireland. In Ireland, she carried out Japanese Classes at Fingal County Council Library and private English classes to help children who just migrated to Ireland settle in their new school and environment. Yuki has just completed a training to become a tutor for Adult Literacy and will soon work as a volunteer at Meath and Louth Education and Training Board.